To us virile Muslim cocksman the 2016 Sports Illustrated Swimsuit Issue is like a shopping catalog, as every girl who appears in it would no doubt be tremendously honored to serve as a concubine in one of our extremely well-stocked harems.

That is why I have closely reviewed all the videos of the models from this year’s issue, and after much deliberation (and nearly a gallon of Gatorade and half a dozen boxes of Kleenex) I have come up with the following list of the top 15 hottest videos from this year’s shoot.

Chrissy Teigen has one of those big moon faces that us Muslims would just love to stone. Luckily for us, not only is Chrissy a tremendous whore (as can be seen in this video) but she is also a degenerate mudshark, so she will be one of the first in line to be lapidated when Islam finishes conquering the West.

Tennis star Caroline Wozniacki shows off her perky little tits and tight athletic ass while in bodypaint in this video. Of course Caroline would look much better if instead of being covered in bodypaint she were covered by a burka.

Erin Heatherton has a hot hippie chick mystique about her. Erin might be interested to know that us Muslim men also practice “free love”, in that we can make love to any woman that we choice and then we are free to stone them afterwards for being whores.

Blonde hair blue-eyed Kate Bock is like an Aryan goddess. Which explains why Hitler lost the war, for with scrawny women like Kate out working in the fields the Nazi army must have been greatly weakened by malnourishment from a lack of grain.

Barbara Palvin is from Hungary which is fitting because watching this video of her makes be hungry for something… A lamb and goat cheese sandwich with the crust cut off. Allah help Barbara if she forgets to cut the crust off!

US Olympic skier Lindsey Vonn flaunts her impressively powerful figure in this video. The pull-ups Lindsey does in the beginning of this video are nice, but I think we all want to see her putting her muscular hindquarters to good use doing some squats… or better yet pulling the plow on a Muslim’s poppy farm.

There is certainly something wicked and soulless about Emily DiDonato’s eyes. However, after seeing her in the water in this video we have proof that she is not a witch. Perhaps she is just part Jew or something.

Irina Shayk has an ass that you could bounce a dinar off of. Of course she also has a head that us righteous Muslims would love to bounce a few stones off of.

Hannah Davis was on the cover of last year’s issue and after viewing this behind-the-scenes video it is easy why Hannah did not make the cover again this year. Did she really think she could get away with not even sucking off one of the Sports Illustrated higher-ups this year? Frankly, she is just lucky she still made it into the magazine at all.

Tanya Mityushina is such a bimbo! That rope is supposed to go around your neck and then get tied to a tree branch, not up your ass crack you ignorant slut.

Rose Bertram is just the type of big tittied racially ambiguous girl that the liberals in the media love to promote. That is why I would not be at all surprised to see Rose do a similar photo shoot for National Geographic.

Gigi Hadid has a pretty face, nice full tits, a tight ass, and best of all she is half Muslim. If she can learn how to dig a well and skin a mule in under three minutes, she may yet make a fine Muslim wife.

By depraved Western standards Samantha Hoopes is pretty close to perfection. Of course in the aesthetically superior Islamic world Samantha is average bordering on homely. However, if she demonstrates a good work ethic I could see her landing a place as a full time taint licker in one of the less respectable brothels.

Nina Agdal is pretty damn close to naked in this video. Of course it is good that Nina still leaves some things to the imagination. For instance right now I am imagining what she would look like keeled over in the sand after a vicious flogging with stiff Nile reeds.

This year’s winner for best swimsuit issue video is none other than Hannah Ferguson. Did Hannah win because she looks like she could suck the chrome off the tailpipe of one of our Toyota war trucks? Or did she win because she nearly showed her asshole while twerking in this video? Or perhaps I chose Hannah because she is a secret Muslimina who was sent to the West to spread depravity and gonorrhea… I’ll leave it up to you, the FBI, and the Center for Disease Control to decide. 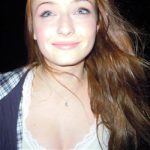